Attorneys Michael J. Muller & Daniel J. Mannix have more than 50 years of combined experience in successfully prosecuting and defending law suits either for their clients or brought against their clients. Muller & Mannix has been involved in some of the highest profile cases throughout the State of New York. Below are just a few of the cases that were handled by Michael Muller and Daniel Mannix that have been reported in legal articles, journals or publications.

Furman vs. Secretary of Health and Human Services, United States Court of Claims, Civil Case No.: 06-722v. Successful claim for damages after the wrongful death of an infant child caused by vaccine given to the child.

Stephen Briggs vs. Flo-Tech Orthotic & Prosthetic Systems, Inc., Sampson’s Prosthetic Laboratory, Inc., and Airron Industrial Corp., Supreme Court, Warren County, Index No.: 42032. Successful claim for injured plaintiff from the failure of the plaintiff’s prosthetic device as he was walking down stairs causing him to fall down stairs.

Whitman vs. City of Troy, 3 Misc.3d 794, 774 N.Y.S.2d 666 (Supreme Court, Rensselaer County 2004). Successful representation of the Plaintiff, the former Commissioner of Public Safety and Police Commissioner of a city was entitled to the benefits of General Municipal Law § 207-m, which provides that heads of certain police departments are entitled to salary increases when their highest ranking subordinate receives an increase.

Walter Otto vs. New York State Adirondack Park Agency, 252 A.D. 2d 898, 676 N.Y.S. 2d 330 (3d Dept. 1998) - legal representation of Mr. Otto in both Supreme Court and Appellate Division, Third Department concerning a boathouse structure which the APA considered a residence and in violation of its law. Both Supreme and Appellate Courts ruled in favor of Mr. Otto, believed to be the only ruling against the APA by the Third Department to date.

Pritzker vs. City of Hudson, 47 F.Supp.2d 303 (N.D.N.Y. 1999). Successful defense of City of Hudson on 42 USC § 1983 civil rights action against city and police officers asserting claims of malicious prosecution, excessive use of force, and violation of his right to privacy.

Chasm Hydro, Inc. vs. New York State Dept. of Environmental, 14 N.Y.3d 27, 923 N.E.2d 1137 (2010). Defense of Claimant from State of New York claims of violation of NYSDEC Regulations concerning operation of hydroelectric dams on navigable waters and alleged spill of silt, soil and deposits from the hydroelectric dam.

Lassiter Properties, Inc. vs. State of New York, 22 A.D.3d 895, 802 N.Y.S.2d 770 (3d Dept. 2005) (enforcement of rights of property owner to timber lands within the Adirondack Park in New York involves claim against State of NY for attempting to prevent owner of timber contract to engage in lumber business). 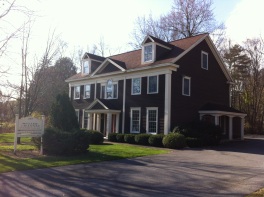